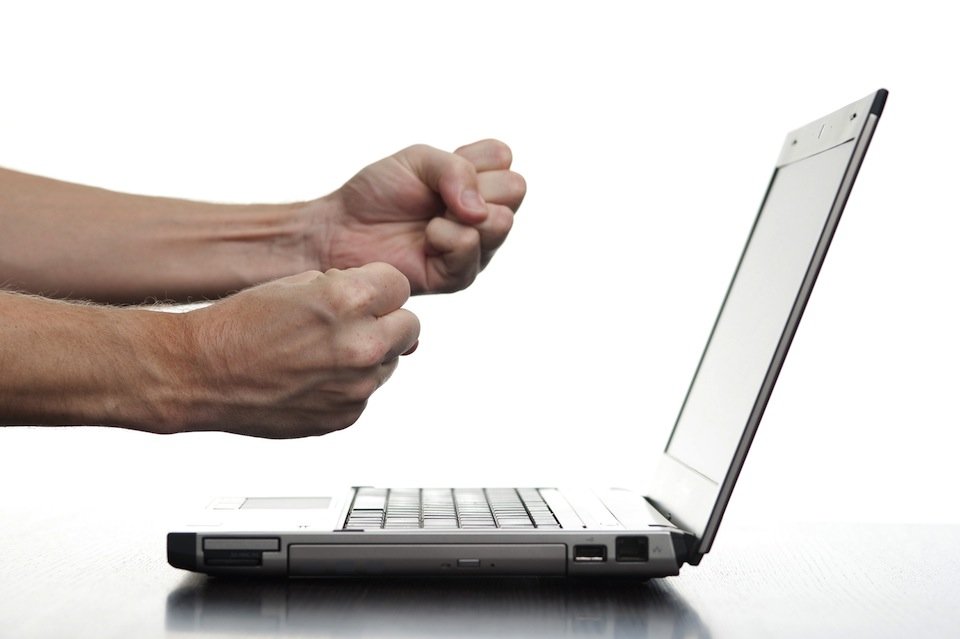 I’m a firm believer in second chances. I believe we get them every new day. I’m all for fresh starts, for leaving the past behind, for forgiveness and reconciliation. That’s all good and possible. But sometimes the consequences of the past linger on.

The other day my mom had a computer issue that she called me to help with, which she often does. She uses a PC, while I converted to Macs back in college and haven’t looked back since. My mom needs a PC because her work software requires it, it’s cheaper, and she’s used to it. Like most of our parents, she’s a slow learner when it comes to technology.

I’m an Apple fan. Not for the bandwagon, but for the qualities Apple represents. I love simplicity, beautiful and intuitive design, and forward innovation. And Windows hasn’t really exemplified that over the past several years.

But as I was working on my mom’s computer, I actually liked some of Windows’ new stuff. Windows 8 seems like a really clean, beautiful interface. Their new Internet Explorer was also intriguing, and I enjoyed browsing around on it. Windows had, in a sense, turned their life around and started a new page. It was enough to peak my curiosity.

But here’s the problem. My mom’s work software for her company, which was accessed online required Internet Explorer 5 or higher. Ok, shouldn’t be a problem. Well, it seemed like IE10 was too high. So was IE9. And IE8. In fact, her online software ONLY worked on IE5 and IE6. Nothing else. And since I couldn’t just install a version of IE6, I had to downgrade incrementally, all the way from IE10 to IE6. Which meant a reboot. Every. Single. Time.

This made me hate Windows all the more. Whatever new start they had was ruined by their horrible legacy of IE. It was great that they had this wonderful IE10. But their history of building horrible web browsers, which tons of businesses pinned their software to those particular versions, and changing the structure so dramatically that old websites won’t run on newer versions of the browser, had completely tainted any redemption they were going for.

It didn’t matter how great this “new” Windows was. It was still marred by its past.

I’m a firm believer that anyone can make significant changes for the better. Forgiveness and redemption are possible and very beautiful. But a new direction doesn’t necessarily erase the past. Though the past is behind, the consequences still linger.

Poor choices, bad relationships, mistakes, life mismanagement – they all leave a wake of consequences. It’s either on other people, who will take longer to trust that any character change is genuine. Or it’s the consequences of our past that continue to haunt our current actions and make it an uphill battle. Our past is behind us, but it tends to follow closely behind for awhile.

That’s not to say that I’ll hate windows forever. In a few years, as their system becomes more solid and the remnants of their poor programming fade away when businesses adapt their software to the newer versions, I believe that Windows can once again become a dominant influencer in innovation and design. But it’s got a few years worth of proving itself.

So what’s the hope in this? That it does get better. I’ve witnessed in many people that decide to make a life change or start in a new positive direction, the pain of immediate failure. Soon after they screw up and are devastated. Or they screw up over and over again, and give up hope that they’ll ever change. Or people around still treat them like that old person.

But change takes time and deliberation. Though inspiration and decision can happen overnight, foundational change and reputation takes a little longer to catch up. You will fail. People will judge you. But it doesn’t negate that initial moment of transformation. It still happened. It’ll just take time to gradually and consistently push through the challenges of clearing out the consequences of the past. And it happens one day at a time.