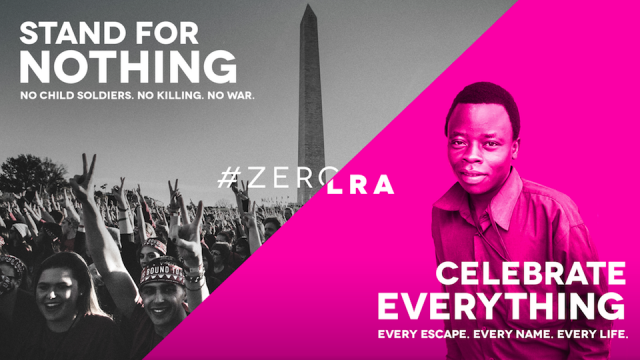 After Invisible Children released their viral Kony 2012 video, the internet world responded with a lot of criticism. Invisible Children is a nonprofit organization that seeks to rescue and rehabilitate child soldiers abducted by Joseph Kony and the Lord’s Resistance Army (LRA). Through my knowledge of Invisible Children, personal trips to Africa, and studies in international relations, I support Invisible Children. Here’s why.

One of the biggest criticisms of Invisible Children is their finances, specifically how little of their money actually goes to programs in the field. If they were an orphanage or feeding program, that would be a legitimate criticism. But they’re not.

They’re primarily an advocacy and awareness organization. Their goal, as explained in the Kony 2012 video, is to raise awareness among the public. This awareness pushes policy makers to write laws and compels NGOs to talk and work together. Then the people who can actually do something – the Ugandan army, the African Union, the US State Department, etc. – help to resolve the crisis.

All of this takes a lot of effort and money to produce videos, market campaigns, mobilize people, etc. Invisible Children doesn’t claim to run around Africa catching Kony and looking for children. They’re raising awareness so that people will actually act and press their leaders to do something. So they are using their finances accordingly, and on top of that, have actually moved into more on-the-ground work.

They Have Extremely High Credibility

Among the more common and ignorant criticisms is that Invisible Children is a scam that’s stealing people’s money, though I still struggle to understand what people mean by that. Are they saying that an independently audited 501(c)(3) nonprofit is collecting money and not doing anything with it?

This summer, I had the privilege of attending their 3-day Fourth Estate Leadership Summit. That weekend solidified their credibility for me. They had a large amount of nonprofit organizations come out and speak, as well as numerous high-profile speakers. These were the people that convinced me: 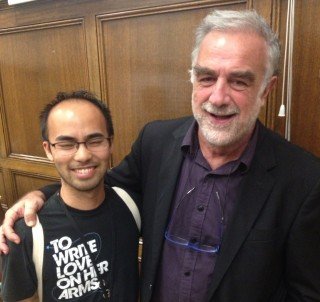 The International Criminal Court (ICC) is global court to try and judge the worst crimes against humanity. Established in 1998 by 120 countries, it had Ocampo as its first prosecutor – the guy responsible for investigating and prosecuting war criminals. During his decade-long career, Ocampo has led numerous investigations against the world’s worst perpetrators, including you guessed it – Joseph Kony & the LRA.

Ocampo was in the Kony 2012 video, spoke at the Fourth Estate Conference, and I even got to meet him personally in a breakout session. This guy is my hero. Knowing his amazing work in bringing justice to the worst instances of war and genocide, reading books on him and writing papers about him in my International Relations masters program, and seeing him in such strong support of Invisible Children gave me all the proof I needed.

Gary Haugen worked at the US Department of Justice and was sent to lead the United Nations investigation into the Rwandan genocide. Shortly after, he founded International Justice Mission (IJM), an organization providing legal aid and advocacy for victims of human rights abuses. Based in Washington D.C., IJM is one of the most respected human rights organizations in the world.

Gary Haugen gave speeches at both last year’s Fourth Estate Conference as well as this year’s. Having also read books by him and written papers on him and IJM, his support for Invisible Children lends them even more credibility.

Samantha Power was recently appointed as the Ambassador to the U.N. She is also the youngest person to ever fill that role. Prior, she worked in several national roles, including the U.S. State Department and National Security Council.

She gave the final address on the last night of the Summit, which also happened to be her first speech as the Ambassador, being only appointed a week ago.

These are just 3 of the many, many other credible figures in the political, international, and nonprofit world that speak on behalf of Invisible Children and their work.

They’re efforts have also gotten results. They moved congress & the President to pass a bill to assist the Ugandan army in capturing Kony. The LRA have been driven out of Uganda. Kony’s army is shrinking as a result of soldiers escaping and defecting, many as a result of the Come Home flyers. And they got the world’s attention. Whether positive or negative, people know about the conflict.

Though much of it is negative criticism, it often comes from people who aren’t doing anything about it. Criticism is great, if it is backed by alternate solutions and actions. Whether Invisible Children is doing it the best way possible or the most efficient may be up for debate. but on thing is certain for me – they’re actually doing something.

Invisible Children’s latest fundraising campaign is ZeroLRA – aimed at completely diminishing Joseph Kony’s Lord’s Resistance Army, not through violence, but through defections. Because after all, most of his soldiers were abducted as children and forced to fight. I’m aiming to help them raise $2500. Feel free to ask me any questions, or visit their page.