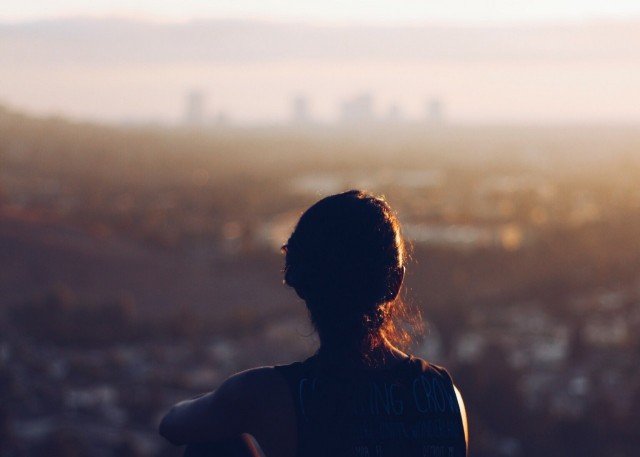 2014 has had its fill of events, its ups and downs, both global and personal. So with the close of 2014 and the start of the new year, here are some things I’ve reflected on and learned about my relationships, my work, and the world around me. Certainly not a definitive statement on how to live, but some food for thought from reflections on 2014.

Love is an active decision, every minute of every day. I recently got married and made this apart of my vows. It’s been one of the most important and difficult things I’ve had to do in my marriage. Don’t get me wrong, my wife is great and is easy to love… most of the time. But if anyone in a relationship is honest, there are times when it’s difficult to love a person. That’s where the vows of marriage come in. When we’re in an argument and I don’t feel the warm fuzzies of loving her, I choose to do it anyways.

Expect failure. That may sound pessimistic, but it’s reality. I also included that in my wedding vows. I made all these promises of supporting her, respecting her, encouraging her, comforting her, etc… But then I made one stipulation: I would fail at all those promises. Why? Because I’m human. I will break my promises. She’s human also, and she’ll break her promises. This isn’t an excuse, but more of a humility check that none of us are perfect. But that’s the beauty of relationships – we can also expect forgiveness.

There’s always room for one more. Unlike elementary school, there isn’t a set boundary on the number of friends you can have. And unlike high school, it’s not about accumulating as many acquaintances as possible. Friendships have seasons, some come and some go. Friendships have multiple depths, and people move up and down in those depths over time. Friendships occur in different areas of interest – some overlap and some don’t. Those aren’t bad things. Your sphere of community is not stagnant or solidified, it’s fluid and ever-changing. Which means there’s always the possibility of new people entering your life in significant ways. Always leave room for more.

Your community is a reflection of your character. The people in your life reflect different aspects of who you are. To grow yourself, grow your community. Find people outside of your normal interests and beliefs, and invest in those relationships. By keeping the same group of friends that always agree with you and like the same things you like, you’re sure to stay the same person and become hardened into that mold. Hang out with people who like different things and disagree with you, and you’ll grow and be stretched as a person.

Work is the source of life. Make sure you love it. We spend the majority of our lives doing it, but for many people, it’s the most hated part of their lives. It’s not just that work provides you with money to eat and live and sustain yourself. But it gives purpose. The very act of work is to create something that contributes to society. Society and progress are a result of work, so shouldn’t we enjoy it more? I’m not ignoring people who can’t work, or are stuck in certain jobs due to circumstance. But to the best of your capability, either bring purpose to what you do in your job, or find another job where you know you’re contributing to yourself and other people.

Everybody has a story. When controversial or polarizing events occur, it’s easy to pick a side and provide your own criticism, band-wagoned with all the other criticisms. We’ve had plenty of those events this year. What’s more difficult is to try to see and understand all sides of story. Each person in the event (and commenting on the event) has a backstory. They’ve experienced events in their own personal life that have informed them to think, feel and act the way they do. When you witness or encounter a person from a specific ethnicity, profession, region, political party, religion or any other characteristic, you form a worldview about “those type of people.” We all do it, it’s how we group “similar” things together to make sense of our world. Sometimes those associations are true, oftentimes they’re false. It’s not an excuse for negative actions, but it’s a reason. Understanding how someone can react a certain way in certain situations helps you to realize that you’re capable of the same thing. Under your own worldview, formed by your own experiences, you could do some really negative things if presented with right situation. You don’t have to agree, but before you criticize, understand and empathize.

Tolerance is not agreement. Politics and religion are the most volatile topics in any conversation, which is why they tend to be avoided in personal interactions and focused on in news media. On one extreme, tolerance has been misconstrued to mean agreement. If you disagree with a certain value or belief and criticize it, then you’re viewed as intolerant and that’s a big no-no. But that argument for diversity goes against the very foundation and beauty of our society – freedom of thought and speech. Each of us has the freedom to think and speak, positively and negatively, on any belief or value. I can disagree with your religion or political view or lifestyle, and it’s ok because I still respect your freedom to that view – that’s tolerance.

On the other extreme, tolerance is thrown out the window and disagreements can result in verbal and physical harm. Religious and political violence is whole other topic, but something that creeps up often is blatant personal attacks. Insults to a person’s intelligence or character based on faith or politics crosses the line into intolerance, and can often be reflective the accuser’s own biases.

In short, let’s disagree – we’re unique individuals. Let’s debate – that’s how we progress. Let’s still be friends – I’m sure we have a lot of other things in common. Let’s argue with love and respect for each other – that’s how we want the best for others without losing our own humanity.

How do these reflections resonate with you? Are there any you agree or disagree with? What are your own reflections from 2014?