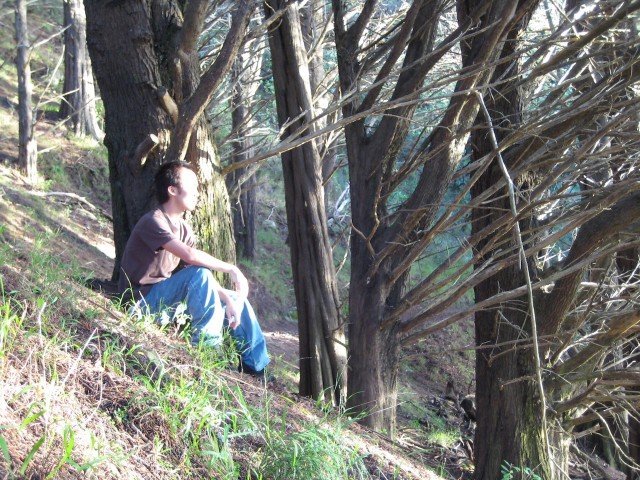 I’ve been in New Zealand for 2 months now, but it doesn’t really even seem like that long. 2 months in Africa was the longest I’ve ever been away from home, but it feels like I’ve only been here a few weeks. Not that I’ve been doing a million crazy fun things, but I guess life just goes on and this becomes the norm.

On the school front, well, school is school. The workload is manageable, mostly reading and short essays. I have 3 major papers due in September, each about 30 pages, so I’m trying to figure out my topics. Since I’m in International Relations classes, I’m hearing a lot of flack on the U.S. imperialism Iraq. I stand in the middle, where I see both the good and the faults of Iraq, but I find myself feeling very defensive toward the criticisms. Some are justified, which I respect, but of course some people just make assumptions from joining the anti-American bandwagon. I’ve never followed it that closely, so I’ll need to find time to read up on it more.

I’m on a two-week mid-semester break right now, so that’s nice. I wanted to maybe explore the South Island (it’s only a 3 hour boat ride there), but the problem is I don’t really know where to go or what to do. And I don’t really want to spend money on a hotel. Hopefully I’ll find a travel buddy soon.

Other random stuff – I got my work permit, so I don’t have an excuse to not look for a job. I’ll it eventually. I’m starting to play for the worship band, which is fun. I played drums last week for a night service and am playing guitar for this Sunday morning’s service. I signed up for a one-year gym membership at school so I can get big and buff. It’s fall now, so it’s getting kinda cold and raining a lot.

Sorry, this on was kinda boring. Not much going on here. Yeah, it’s New Zealand, but still, I’m in school. Not as exciting as chopping through the African bush with a machete.