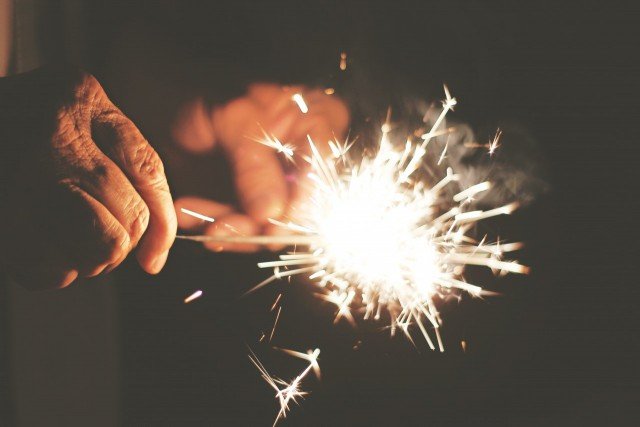 We’re closing up on January, and by now most people are losing sight of their New Year’s resolutions or have completely given up already. At least that was always the case for me, and so I’ve stopped doing resolutions for several years now. Why attempt something you know you’ll fail at anyways, right?

But the problem is that without resolutions, nothing in our lives change. Sure, we could hope for things to happen and make half-ass attempts towards them, but without actual intention and commitment, they’re only wishful thoughts that will never be realized. Some people may say that they’re perfectly content with their lives, but I have a hunch that everyone, yes EVERYONE, has dreams that are buried deep down under the normalcy of life.

About this time last year, I was at the highest point of my life. I had just finished my master’s in a year in New Zealand, vacationed in Fiji, Vanuatu, and Hawaii, and finished writing my thesis. I had so much momentum behind me and the opportunities seemed endless. I was ready now to go out and save the world. But as some of you know, it all went to hell.

A year of unemployment, mounting student loans, being stuck living at home, and several broken hearts is enough to kill any man’s dreams. I seemed destined to be one of those lonely 40-year-old guys playing video games in their mom’s basement. What the hell happened? Failure. Risks failed. Hopes died. Dreams got buried. Reality settled in. Acceptance of what things are, instead of dreaming of what they could be. And the struggle to just make it through to the next day.

Which is why I wanted so badly for this year to be different, to be something new, not just an extension of the past year. I’m tired sulking in the misery of things I can’t have, people I can’t be with, and what I can’t do. But I made several attempts last year and failed (60 rejected job applications, to be exact). I risked a lot at love, and got sorely crushed…multiple times. Even small things like exercising once in a while or reading a book went down the drain. Which brings us to that question again – why attempt something that is likely to fail? The thing is, a small part of us deep down inside wants to risk, to give it our all and put everything on the line to see our dreams realized. That’s why we’re inspired by movies like Yes Man and The Bucket List. They make us want to go out there and do the things we’ve always wanted to do, but have stopped trying. So how could continuing to risk again this year possibly result in something other than a repeat of last year?

For the past 2 weeks, I’ve been involved in a risk group at Mosaic, my church. The group is called “Spark” and we meet once a week for a full month. The premise is simple. We all have desires inside of us that we’ve suppressed. And so every week, we commit to “spark” our lives by taking one active intentional risk towards our dreams – to do something in our lives that we haven’t been doing. The goals have ranged from restoring relationships to changing health habits to moving towards career goals. So what makes this any different than an AA group that just wants to keep their New Year’s resolutions a little longer?

I think the difference is movement versus achievement. The reason I, and most of us, give up on our dreams is that we set them as a goal to be fully achieved or accomplished. But when it doesn’t happen, or it’s more difficult than we anticipated, we give up and chalk it up as another failure. For example, you make a goal to exercise to achieve a certain weight. But when you stop after a few weeks and it doesn’t happen, you automatically think that you’ve failed. Our product-oriented lifestyles focus so much on checklist style goals that we fail to see the progress we’ve made in trying. Sure, you may not have lost 20 pounds, but isn’t losing 2 still progress? You may not have gotten that dream job, but isn’t applying for it moving in the right direction?

I guess my realization recently is that life isn’t about measurable things that you can check off a list, but the fulfillment of moving towards our dreams. When you think back over high school or college, do you think of the piece of paper you got which symbolizes that accomplishment, or the experiences of getting there? Get ready for a feel-good cliche statement: The journey is always more worthwhile and fulfilling than the destination.

Looking over this past year and my life in general, I wasn’t lacking achievement at all. I’ve travelled to 15 countries, have 2 college degrees, can play 8 musical instruments, and whole list of other skills I’ve learned and activities I’ve done that most people would yearn to check off their list. So the problem wasn’t that I was failing at life, it was that I wasn’t moving anymore. What’s worse than failure is stagnation. Because a major dream I had wasn’t being fulfilled, I just started slowly giving up on that and everything else. So this year (and hopefully subsequent years), I won’t set goals that absolutely have to be accomplished, but rather re-ignite my life by committing to once again move towards my dreams, whether I reach them or not. I guess it’s a spin on that stupid cheesy phrase, “Shoot for moon and you’ll land among the stars.”

What I’ve also realized is that the reason most of our dreams stay dormant is that no one else knows about them. There are people out there who have the capacity and resources to help us fulfill our goals, but they don’t know about it, so we don’t think that it can be done. So here’s my first step – sharing some of my deepest dreams and desires with the world.

Short-Term Dreams:
– Run the LA Marathon
– Learn how to Salsa dance
– Learn how to Tango
– Learn Krav Maga (style of martial arts developed and used by the Israeli army)
– Record and produce my own 10-song album (and sell at least one cd to a complete stranger)
– Play a show at a coffee shop
– Learn HTML/CSS and design a free website for a nonprofit
– Get ripped enough to be a Spartan from “300” for Halloween
– Kill an animal with a bow and arrow, preferably something large like a bear, but I’ll settle for a rabbit
– Attend a fancy ball where I wear a tux and ballroom dance
– Spend New Year’s Eve in Times Square and kiss someone special at midnight

Long-Term Dreams:
– Backpack through South America
– Play a significant role in an action movie
– Guest star in one episode of a comedy TV show
– Go hang-gliding
– Devote all my love and life into that special someone and have lots of babies, and then adopt a lot more
– Be an FBI Special Agent
– Write a book
– Teach a college course
– Deliver humanitarian aid in crisis situation overseas (not that I wish for disasters to happen, but they will)
– Start a fair trade business that has artisans from developing countries design culturally unique corporate gifts (wallets, purses, briefcases, portfolios, etc..) and sell them to businesses, while donating a percentage of the profit to community development projects

Some of these are serious, and some just plain stupid, but they’re dreams nonetheless. So for every week this year, I’m going to take an intentional, active step towards one of these dreams. If anyone can help me move in that direction, then I would really be grateful for that. Similarly, I’m offering myself to help anyone out in moving towards your dreams.

But even if I don’t accomplish many of these dreams, it’s ok. Realistically, I’ll never be a world-class salsa dancer, but I’ll hopefully at least have taken a few classes and last a minute or two on the dance floor. Changing the world isn’t a checklist. Sometimes by simply moving in the direction of our dreams, we realize that we’re gradually living them out, and we’re able to impact other people and inspire them along the way.

P.S. Also check out MTV’s The Buried Life, a show about four guys who seek to cross off 100 things they want to do, and for every dream accomplished, they help someone else along the way to fulfill their dreams.