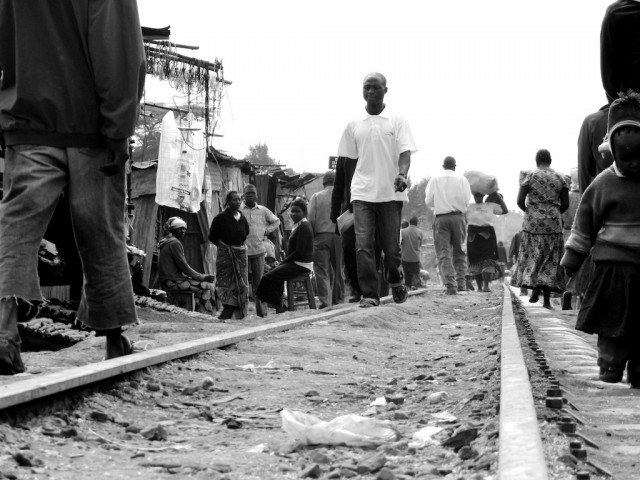 Living once again in a slum community, I’m forced to do what I hate doing… saying no. Everyday as I walk through the community, I get approached several times by people asking for money. Some of them genuinely need it. Some are already drunk as they ask me. Some just want 20 cents for lunch. Sometimes I’m heart-broken. Sometimes I’m apathetic. Sometimes I’m annoyed. I don’t blame them though. If I was living in poverty and saw a rich American passing by, I’d do the same thing. But the answer every time is no.

I struggle with that. I question my answer all the time. Would it kill me to spare a few bucks everyday? What kind of example and reputation am I setting? But my reasoning (and hopefully it’s a good one) is that I have to say no in order to say a bigger yes.

I could feed someone today. But they will be hungry tomorrow. I could feed one person. But what about all the others that ask? When do I stop saying yes? I could use some money or all the money I have to feed people while I’m here. But what difference would that make when I’m gone?

My goal is to create a self-sustainable community. It’s to provide employment so people will have food today, tomorrow and days to come. It’s to break the cycle of aid, to change the mindset of begging, and to restore the dignity of being self-sufficient. That is the bigger yes that I am saying. In order to do that, I have to say a lot of smaller no’s.

This concept applies in all of life. Even in Kenya, I am also approached to participate in a lot of projects, communities and speaking engagements. All are good things. But I have to say no to many of them, because it’s simply not possible to do everything without compromising my main purpose.

All of life’s decisions, large and small, are the sum of yes’s and no’s. Sometimes in our attempt to say yes to many good things, we end up unknowingly saying no to an even greater thing.

Figure out what the most important thing for  you to say yes to is. Then think through the hard process of what you have to say no to in order to accomplish that yes.

1 thought on “Saying No So You Can Say Yes”