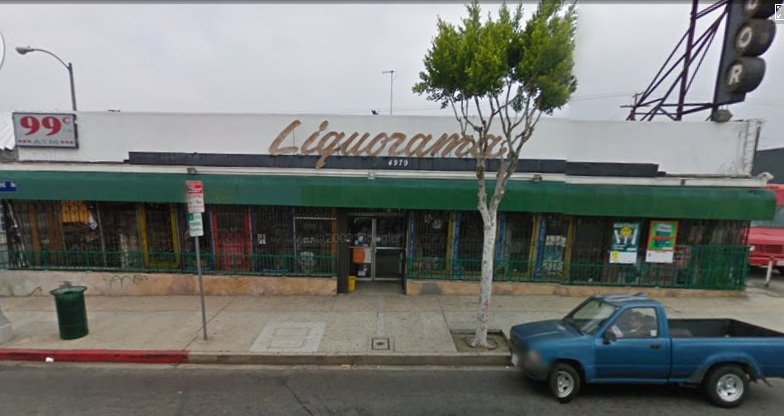 Today I was headed to teach my art class when I realized I had forgotten to bring paper. I didn’t have any time to look for an office supply store, so I stopped by the nearest convenience store hoping they had some. Luckily, they were a few reams of lined paper.

It’s not like he just made a mistake or just forgot. He handed me change literally 3 seconds after I gave him the $5. I may have been a little more sympathetic if he had mistaken it for a different bill, like between a $10 bill and a $5 bill. But there’s a huge difference between ONE $5 bill and TWO $1 bills. He stole my money right in front me.

I was already late to my class so I didn’t have time to keep arguing with him, so I just took my paper and stormed out. In retrospect, it was no big deal. I only lost $3. There are worse things in life. But it just made me so angry that there are people that are so petty and are such jerks in this world.

Of course, that ruined my previously good day so far. I thought of different ways to get back at him, without getting myself in trouble. Maybe going back in the store and “accidentally” knocking everything off the shelves, just to be an asshole. He deserved it. I had every right to be angry. But here’s the problem with this whole following Jesus thing – we’ve given up our rights to anger and revenge.

I could let my hatred control me, or, if Jesus really influences my life as I claim, let love free me. Because when we hold a grudge against someone, we think we have power, holding onto the claim or right for vengeance. Yet the opposite is true. That person has control over us. Their offense, whether valid or not, controls our attitude. It’s easier to stay angry. It’s easier to get back. But the hardest thing to do is to let go and forgive. Yet that’s what Jesus dares his followers to do – to love those we should hate.

So after class, I went back to the store. He sees me and looks away. I reminded him of the incident earlier, which he immediately denied remembering – which was only 2 hours ago. Then he suddenly remembers again and holds on to his claim that I only gave him $2. I told him we both know he stole money from me. But that I wasn’t there to argue with or him or ask for it back. I just wanted to know why he did it. And I asked him if there were any problems he had that caused him to do it, and if there was any way I could help. He still denied that he ripped me off. So, I just said, “I know you stole from me. But I forgive you.” And I left.

Did God use me to move in that man’s life somehow? I hope so. Maybe not. I sure didn’t see it, and probably won’t see it. But he definitely moved in my life. Had I stayed angry, that bitterness would have held on to me the whole day, and possibly the rest of the week. Yet after leaving that store, all was well. I listened to Disney songs on my 1.5 hour drive home. That’s freedom. To be carried by love rather than controlled by hate.

And it’s no big deal, but maybe, just maybe, it was a step, albeit a small one, towards overcoming injustice in the world with love, one person at a time. Or just simply overcoming the darkness in my own heart, one $3 incident at a time.