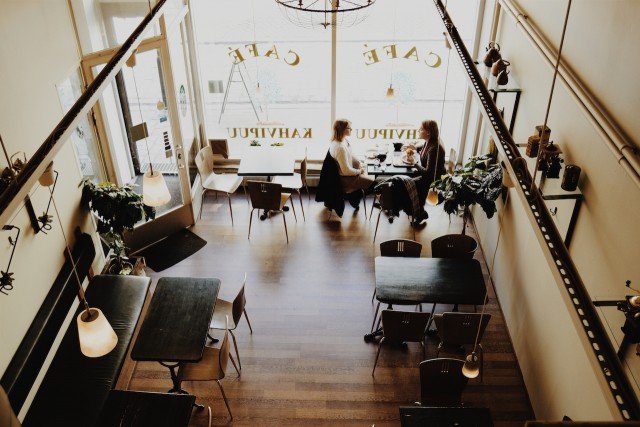 Chances are you have a decent group of friends. You like them, and you like hanging out with them. Chances also are that you all share the same interests and worldviews. Whether it be religion, politics, economy, social issues, or anything else, you mostly agree. You want to keep it that way, because then you don’t argue about it and can go on doing what you like to do. Plus it’s easier to complain together about other groups of people who are different from you. I’d like to make a suggestion: Get new friends.

Hanging out with only people you agree with isn’t healthy. You become unknowingly narcissistic, because if you solely gravitate towards people just like you, you’re basically in love with yourself. Having friends who disagree with you is beneficial for you. Here’s why:

So you end up generalizing opposing views and misrepresenting them. When you have friends that hold opposing views, you’ll be more informed and understanding of what they actually believe and where they’re coming from.

It may not convince you of their side, but you’ll have a fuller picture.

In most debates or arguments, people tend to completely miss the other point. Humans are very emotional and are easily driven by emotions. When those flare up in arguments, we tend to stick to a same set of statements that we say over and over again.

Most of the time, the disagreement is deeper, but we express all the surface arguments – the easy ones. So we end up speaking past each other, rather than understanding what the other person is saying. When you understand the reason behind someone’s view, you’ll start noticing that everybody has a reason for thinking a certain way.

You’ll be better equipped to seek out the reasons in other people’s beliefs, and address their arguments at the source.

Most of the time we tend to generalize and demonize people with opposing views. It’s basically herd mentality. You feel safe and secure with those who are like you. By framing others outside of your view as enemies, it’s easy to attack them as such.

Yet everyone sees things a certain way. Sometimes it’s because of upbringing, school, friends, family, work, or major life events. It may not be the most logical way of arriving at a conclusion or a way that you would agree with, but at least you understand why.

When you see that a person’s life and back story has influenced their views, you see them as human.

4. They’ll Make You a Better Friend

It’s easy to be friends with people like us. But it’s also very shallow. I’m not saying that all your friendships are shallow. Of course, our closest relationships tend to be with those who share our deepest values. But if your agreement is the basis of your friendship, that’s a pretty shaky foundation. Do you stop being friends if you or your friends has a change in views?

When you have friends with opposing views, you’re able to learn how to look past that. You realize you have more in common than you think. Both of you, and a whole lot of other people, want and value the same things. You want love, significance, success, meaning, security, health – all good things. You just see different ways of getting there.

You’ll learn to respectfully disagree with your friend without being a jerk about it.

Tolerance does not mean compromise, and I hate how tolerance is misused. Media often paints anyone with an opposing view as being “intolerant.” Tolerance is accepting the person, not the view. It means we can disagree and debate, but still be friends.

Sometimes your mind will be changed. But most of time, it’ll stay the same, which is great. When you understand the opposing view and see where people are coming from, you get a better idea of their argument. If you disagree, it solidifies your own beliefs. Before, you only held your view because it was based on arguments that you agreed with.

When you understand the opposing side’s arguments and see the critiques of your own view, you’ll have a more firmly planted conviction of why you believe what you believe.

Have you ever been in an ugly argument with someone over a particular view?  How did it turn out, and what could have they (or you) done differently?