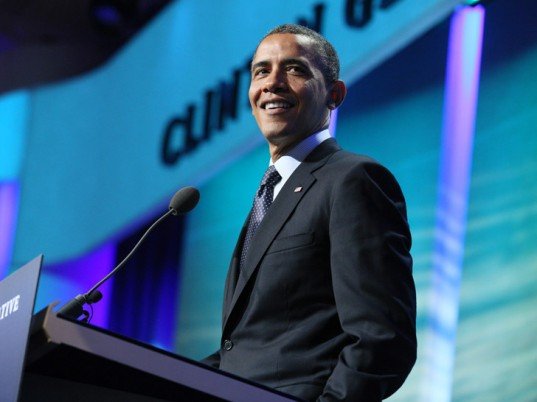 Over the weekend, I watched President Barack Obama’s speech at the annual Clinton Global Initiative. The CGI is an annual conference started by former president Bill Clinton to convene global leaders together to discuss and solve the world’s most pressing issues, with a mission to “turn ideas into action.”

With a variety of issues going on in the world today the President could have spoken on, I was pleasantly surprised that Obama chose the topic of human trafficking. It was a really inspiring speech, especially since human trafficking is one of the issues that makes me most passionate and angry.

Though I don’t know much about the results of these conferences, I love the idea of bringing together the world’s brightest and most influential people to tackle its greatest obstacles. It brought me back to a conversation I had with a friend a few months ago about impact and significance.

On my obituary, I don’t want it to simple say that I was a good husband, good father, and hard-working employee. Though they’re great things, I don’t believe they are the ultimate goals to strive for. They should be the baseline. If loving your family and being productive at work is the greatest challenge in life, then something’s wrong. I think that should be a given.

As my friend said, they should build statues of you and name streets after you. Not that the purpose is to be vain and seek glory. But more so that my life would would be so impactful and serve humanity in such a way that it would be worthy of such a response.

I want to do something significant with my life. I don’t want to just come and leave. I want the world to be a better place than when I arrived because of my life. I want to impact more than just my personal sphere of relationships, but to make a difference in the biggest problems in our world, such as human trafficking. I want that kind of life for everyone. As Steve jobs put it in his 2005 Stanford commencement speech, “We’re here to make a dent in the universe.”