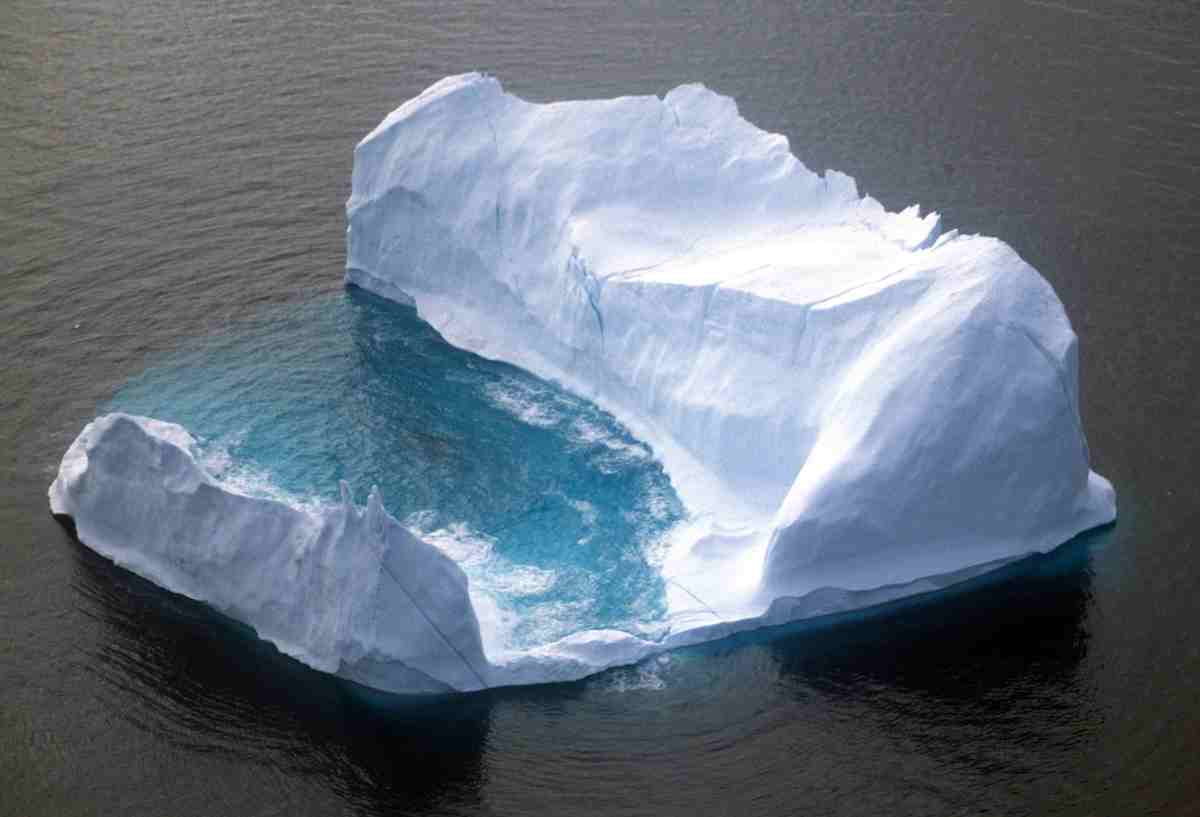 Ok, let me first preface this by saying that this is not based on any scientific evidence whatsoever, just some random thoughts while on the toilet. But the big claim is that polar ice caps will melt and cause the sea levels to rise. Ok, makes sense. But does it? Two things. First, aren’t the majority of ice caps UNDERWATER (I think the ratio is like 10% top and 90 under)? So really, the only portion of ice that would ADD to sea level is that which is already above it, which isn’t a lot in comparison to, oh, THE WHOLE OCEAN.

But number two is the take down punch. Ice is LESS dense than water, that’s why ice cubes float. So in its solidified form, the same amount of mass takes up MORE volume or room than it would in its liquified form – water. SOOOO…..if say all the polar ice caps did melt, with only 10% adding to the total ocean volume, while the 90% would actually be taking away from that volume (cause remember, A: it’s already in the water, and B: once they melt, it becomes more dense and takes up less room), then wouldn’t global warming actually cause sea levels to dramatically decrease?!?!?! Just like when you leave a glass water with ice cubes in it – when they melt, the water doesn’t overflow, rather, it goes down. Therefore, melting ice caps creates more land for people to live on!! (well, maybe a few more strips of beach, but still) Global warming is our friend!! (minus the heat, cancer, and storms). Genius. No need for a ceremony, you can just mail me my Nobel Prize. There’s probably some major obvious factor that I’m missing, but too lazy to look it up.

It’s because I waste my time on random thoughts like this that I’m getting behind in my schoolwork. I’ve got major essays due in the next few weeks that I’m still in the outline phase of – not good. Seriously, I spend more time on facebook than I do on schoolwork. And it’s so ironic that when I have no school, I’m rarely on online but find other things to do. But when I do have work, that’s when my internet procrastination kicks into overdrive. Record shows that I always finish, though totally stressed and with only decently good quality. I wish that weren’t the case.

Now on to my deep ponderings (more wasted time that should be used towards study). I recently looked at an atlas and found the location of Bond University in Australia, the other school I was accepted to for my master’s. For a few reasons, I chose New Zealand instead. Then I got to thinking, what would’ve happened if I went to Australia? Who would I have met? What would I have learned and experienced? How might my life have been different or the course of my future been altered?

Of course, this led me back to other events in my life. There were several instances where my mom wanted us to move to San Jose, but I wanted to stay in LA. What would my life have been like if we did? Where would I be now? Going into college, I wanted to go to UCLA, but was too lazy to take the required SAT II’s. What if I did, and got in? My first year of college, I was a biology major. I struggled a lot, so switched majors the next year. But what if I just put more effort and discipline into my passion and pursued medicine? When applying for jobs, I was accepted at LA City Hall and this international nonprofit. I took the government job cause it offered more money. But what if I went to the nonprofit instead? I could go on and on, and I’m sure it’s probably stimulated your own reflections into the what-if’s of your past.

But it doesn’t do anything. It’s pointless wondering what alternate course could have taken place, because there will always be an alternate course. If we had chosen the other path, then we would be still be wondering what would have happened if we chose this one (As confusing as that may be). But that’s not what I’m getting at. My concern is the reason behind my decisions. I’ve noticed that a great deal of my life choices have resulted from laziness and lack of serious consideration.

Take my most recent decision to come to New Zealand for grad school. I never once did any research on New Zealand. I only knew it was some island in the Pacific that spoke English and saw some pictures on the school’s website. I chose it over the Australia school because A) The term started at an ideal time, but only a difference of 2 months; B) It was a few thousand dollars cheaper; and C) As lame as this is, Victoria University of Wellington sounds a lot cooler than Bond University. I didn’t choose other countries because, quite frankly, I was tired of researching. And I didn’t want to do it the US because, partly, I didn’t want to study for the stupid GRE. All secondary and relatively unimportant factors and reasons for my choice, which regarded a year of my life as well as potential future paths.

So the trend in the decisions I make and the paths I take tend to lean towards the natural flow of circumstances. In more poetic terms, I have been a leaf blown in the wind or a boat tossed in the sea, easily swayed by external forces with little challenge of resistance or an inclination to critically weigh out the cost-benefits. I have gone the road easiest to travel. Often I have justified or reasoned it to simply leaving it in the hands of God or just living life rather than analyzing it. But is that really the best way to truly live, to both get the most out of life as well as pour the most into it? In perspective, our lives really are just “a vapor in the wind.” Not only does each decision affect the immediate time span following it, but also sets a distinct course for the rest of our lives, which in turn already frames the context for our next sets of decisions. Now I know that we cannot account for all the varying factors, and in essence, “control our future,” or even take courses of action that would yield a high probability of a favorable future. But I would at least like to look back on my decisions and say that I arrived to this moment based on the best evaluation possible of the choices I had at the time, and essentially, truly have no regrets.

Anyways, these updates always tend to get into all this philosophical stuff. I should just stick to talking about events in New Zealand. That’s probably all you’re interested in. I’ll save all this stuff for when I write book. Or more correctly, have someone else write it for me. Cause that would require less effort.

Oh, and one more thing. I just came back from running to try and catch a bus, only to find some people walking by saying there was a bus strike. So I guess no class today. This is the 3rd bus strike since being in Wellington. They just seem to happen unannounced every few months. What could they possibly be disgruntled about so often? In LA, we had a bus strike last year, and that was the only one as far back as I can remember. There was a problem, they talked, fixed it, and now we’re fine. Not this constant striking like it’s some tradition or pastime. Dumb.