It’s really difficult to break a bad habit, but it can be done if you know the steps to re-wire your brain. 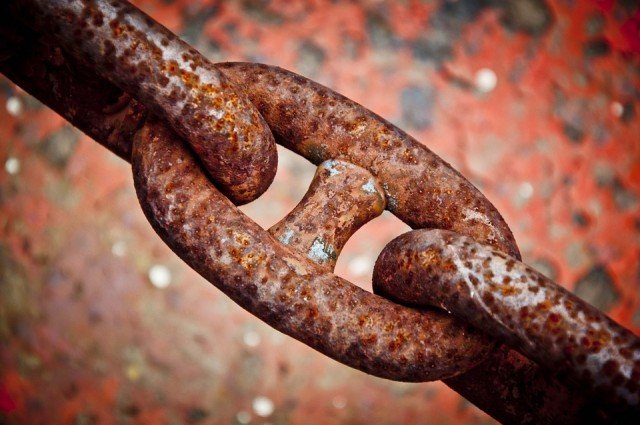 You have a bad habit that you’ve been trying to break, but you just can’t get rid of it.

Maybe it’s a smaller bad habit like biting your nails.

Or it could be a social bad habit like interrupting people or checking your phone during conversations.

At best, bad habits continue to be little annoyances to you and others. At worst, a bad habit can grow into a life-dominating addiction.

Bad habits, if allowed to grow, can become major obstacles in your life that hold you back from success.

[bctt tweet=”Bad habits can become major obstacles in your life that hold you back from success.”]

I’ve had my share of bad bad habits – many that I’ve been able to break and many that I’m still working on.

One thing to remember is that breaking a bad habit takes time. But you can successfully break a bad habit if you understand how they’re formed and follow these steps to re-wire your brain.

Step 1 – Identify the Bad Habit & Commit to Breaking It

Before you can break a bad habit, you need to acknowledge that it exists and that it’s a problem. Often times you don’t even know you have a bad habit, but other people do. Try asking other people for an honest opinion of what bad habits they see in your life.

Once you know about a bad habit, you have to actually want to break it. It can’t be someone else’s desire for you to get rid of it. You have to want it for yourself, otherwise you’ll never break it.

Step 2 – Eliminate the Triggers for that Bad Habit

All bad habits are responses to negative triggers.

Stress and boredom are the most common triggers. Other triggers of bad habits can be fear, anxiety, anger, frustration, confusion, fatigue, or something related.

Start taking note of every time to perform the bad habit. What happens right before that? Are you tired from work? Are you stressed out from your obligations? Is it a certain time of day?

Once you identify the trigger, try to eliminate it or reduce it.

For example, if your long commute home cause you fatigue and it results in you binging on TV or smoking, see if you can leave at a different time, take an alternate route, take public transportation. If you constantly hit the snooze button in the morning, move your alarm clock to the opposite end of the room.

Step 3 – Break a Bad Habit with a Good Habit

You can’t always remove negative triggers, so you need a better way to respond to it.

The reason you perform a bad habit is because it’s a coping mechanism. You feel better when you do the bad habit, because it helps alleviate the bad feeling of the negative trigger.

When you do it enough times, your brain forms a connection where it becomes default. It releases dopamine (the feel-good hormone) so that you do it again.

The best way to overcome this is to re-wire your brain – to form a new connection that produces the same feel-good result.

For example, if stress causes you to bite your nails, replace that with chewing gum or drinking water. If fatigue causes you to be lazy and watch TV, try reading a book instead.

Trying to quit a bad habit only leaves a void that intensifies your craving. By replacing it with a closely related positive habit that also makes you feel good, you’re meeting those cravings, re-wiring your brain to crave the new action, and developing a good habit along the way.

Step 4 – Ask Other People to Keep You Accountable

Trying to break a bad habit on your own is one of the major reasons you fail.

Without accountability, it’s a lot easier to fudge on your commitments when there’s no one to admit it to.

Having someone who knows that you’re trying to break a bad habit helps you significantly to break it.

You’re not only committing to yourself, you’re committing to someone else. They can help give you encouragement and call you out when you’re slipping.

You Can Break a Bad Habit This Year

If you allow your bad habits to grow unchecked, you’ll end up creating obstacles in your life that hold you back.

You could very easily apply these steps to a lot of the bad habits in your life, and make this the year that you break them all.

Now that you’re on the track to removing the junk from your life, what are you going to build in its place? What kind of life do you want?

Read this post next to how to set the right goals to create the lifestyle you want: