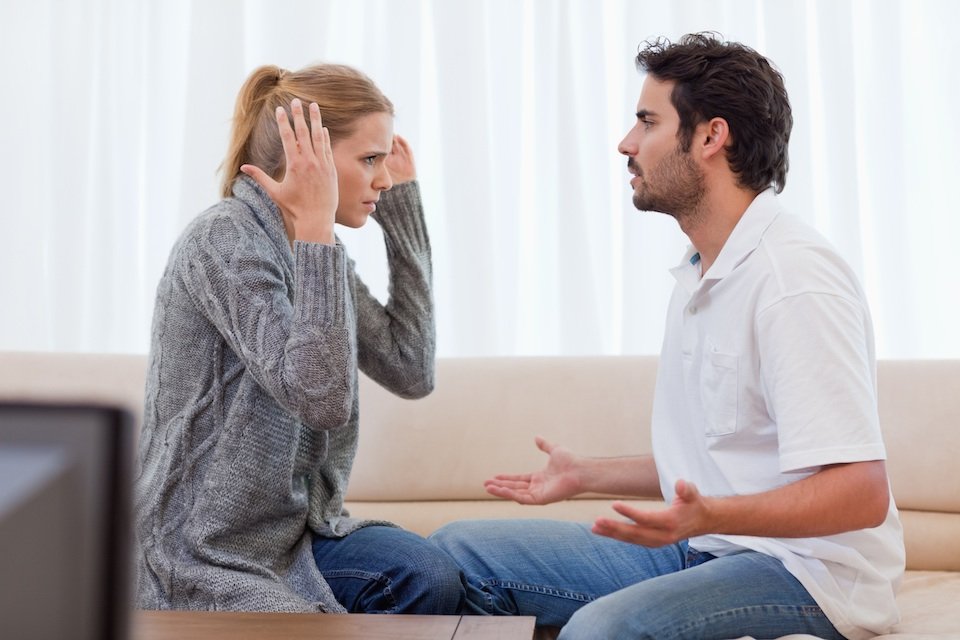 Entering the holiday season means seeing family, some of which we only see once a year. And there’s a reason for that – encounters often result in heated juvenile arguments. We hope to make it through a week, weekend, or sometimes just one day without any fights.

It’s a weird phenomenon with family. Mature, reasonable adults that can get along with the rest of society turn into bickering children. It’s as if all dignity and common sense go out the window. We often revert to those former child-parent or sibling relationships that seem to have never grown up.

The first thing to remember is that arguments are at least two-way. You play just as much of a role in it, even if (you think) you’re not the provoker. Someone may get angry, upset, accusatory, whatever. But how you respond is up to you.

There are a broad range of topics that you can discuss and have opinions about, but not get into heated arguments over. Topics such as sports, movies, tech, hobbies, etc. Even if you disagree on these, the majority of these light-hearted, “play” arguments have no consequential value because they’re not attached to a person’s character.

The topics and views that we do get into heated debates over are those that define who we are. Generally, these are politics and religion. On more personal levels, these could be careers, relationships, certain family members, or any other topic you know has been a point of contention in the past.

This isn’t to say that you should avoid having these conversation altogether, because they are important. But there is a time and place for everything. When you first get together probably isn’t a great time. Or at the dinner table. When the purpose of the time is to enjoy company in a group setting, steer clear of these powder keg topics and keep it light-hearted.

Be ready to divert potentially explosive conversations to other topics, or make sure you don’t start them yourself. Remember, an argument involves not just two people, but makes everyone uncomfortable and frustrated. Keep in mind those around you.

2. Get them to talk about themselves

A great conversation is very subjective. When people look back and remember having a good time, it rarely has anything to do with the topic. It’s all about how they felt about themselves.

People love talking about themselves and the things they like. You could literally say almost nothing at all, and if the other person blabs on about how much fun their vacation was, they’ll think it was the best conversation in the world.

Good sales people know this. I used to be one. When people get to talk about themselves and what they love, they tend to be in a better mood and like you more. You can carry on a long conversation without being a great conversationalist. You just need to know how to ask questions.

Ask them anything about their recent vacation, the movies they like, the music they listen to, the sports they follow, or whatever their hobbies are. Then keep going deeper. Ask things about it that you don’t understand. Ask what their opinions are and why. Ask when they last did something related to the topic. Ask what they want to do next. You get the idea. When people talk about what they love, there’s nothing to argue about.

3. Suck it up and respond calmly

Maybe the reason you get into these arguments is because someone pushes a button on your personal life or worldview, intentionally or unintentionally. They probe into why you’re still unemployed or why you’re still at the same job. They get nosy about your relationship status or lack of one. They start the gossip chain on specific family members or friends. They tout a political view you disagree with.

Stay calm and don’t get upset about it. Give a generic response that satisfies. The last thing you want to do is get defensive over yourself or your view, and respond back with an excuse or an attack. It simply requires an exercise of humility. Take the hit in your dignity and move on.

This isn’t to say you become a pushover. Say something along the lines of, “Yeah, you’re right about that,” “That’s a really good point,” or “I can see why you feel that way.” Then follow that with, “Let’s definitely talk more about it later tonight. But hey, I heard about your camping trip a few weeks ago, how was that?”

Pick your battles, then pick when to have them

Though this is especially relevant over the holidays, it applies to our daily interactions in general. Hopefully, you can see that I’m not advocating avoiding difficult conversations or confrontation. They are absolutely necessary. But think about the context you have them in.

First, ask yourself if this is an argument worth having. Of all the things you disagree on, is this worth investing your time and emotional energy in? Most likely, you can afford a loss on the pettier things so you can address issues that really do matter.

Second, consider the outcome of this argument. If you’re set on convincing the other person that they’re wrong and you’re right, then you’re going to argue endlessly with no satisfaction. Maybe you should strive for and be content with disagreeing, but understanding each other.

Finally, as the main point of this post, know when to have difficult conversations. Getting into a full-blown debate in front of other people who don’t really have any vested interest in your argument is selfish and rude. It ruins the atmosphere, lowers people’s spirits, and wastes everyone’s time. Fight on your own time, not everyone else’s. In both love and war, go get a room.

But, when it is time to have that difficult yet necessary conversation, you can argue well and argue with love, which I’ll cover in my next post.