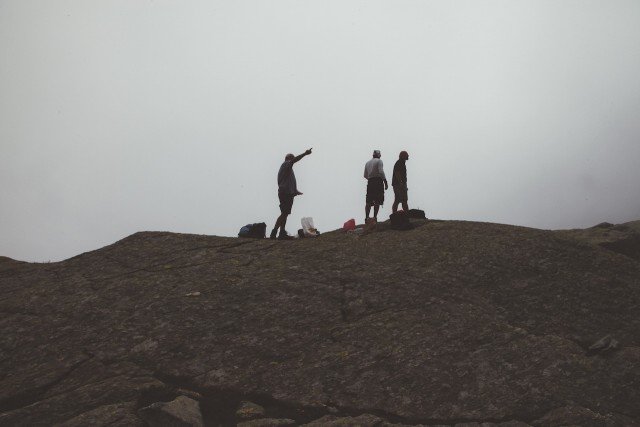 Asking for help is hard. No one wants to admit that they can’t do something. Whether it’s pride, fear, insecurity, or arrogance, refusing to admit that we’re weak in some area often makes us weaker. The most successful people in any arena, whether it’s in careers, relationships, skills, or anything, are those who have asked for help and learned from other people. So what happens if you’re the kind of person that doesn’t like to ask? Here’s how you can change your mindset & actions to ask others for help.

If you want to do anything of significance, you’ll need help. But that’s hard for a lot of people, including myself. I want to be able to do things on my own. At one level, I feel the need to prove something to other people. On another level, I feel like I’m bothering them if I need help. But both assumptions are wrong.

If you’re like me and have trouble asking other people for help, here’s how you can get started.

This is more a mindset than anything. Realize you can’t do it on your own. You may be amazing, but one person still can’t do everything.

Even if you’re good at something, others may be able to do it better than you. Even if they don’t do it as well as you, having them do it can free you up to do something else.

This one can be sort of a confidence builder. Many of us focus on our weaknesses or our struggles. We get fixated on trying to improve on them. Though it’s good to improve your weaknesses, it can also be a waste of talent.

You’re good at certain things. Own that and leverage it. Focus your time and energy into honing your strengths. It’ll help you to ask for help because you know you’re not completely weak, you’re simply stronger in other areas.

Many people don’t ask for help because they don’t even know they need it. This one can’t really be explained. It has to be learned.

But you need to do something about those flaws, and that’s where help comes in. Mitigating your weaknesses isn’t about trying to do them better – it’s about having someone else carry that for you.

4. Give People the Choice to Say No

We often say “no” for other people because we don’t ask. I do this all the time. I make up excuses for why people wouldn’t want to help me. They’re too busy. It’s not worth they’re time. It’s an inconvenience to them. It’s beneath them.

But I don’t know that. I’ve assumed and put words in their mouth. Give people the opportunity to say no. Maybe they really do want to help you, but you’ve robbed them of that option by deciding for them.

5. Invite People into an Opportunity

So how do you actually ask? You invite them into an opportunity to partner with you. I think part of the guilt we experience in asking people for help is that we feel like we’re not taking any responsibility, but rather dumping everything on them.

Hopefully you’re not doing that. Share the goal that you have and ask others to work towards that goal with you. It could be putting a team together to achieve a vision, or asking for personal help to achieve a goal you set for yourself. In any case, it’s you and others moving forward together, and they’re filling in your weaknesses with their strengths.

If you have a goal or dreams that’s bigger that you, read this post about why you should invite others into it.

Successful people are those who ask for help. They realize they can’t do everything on their own. They maximize their own strengths, while relying on the strengths of others to fill in the gaps.

But they’re also helpers. They lend their own time, skills, resources, and energy to fill in the gaps for others.

What are some of things that are hard for you to ask help in?