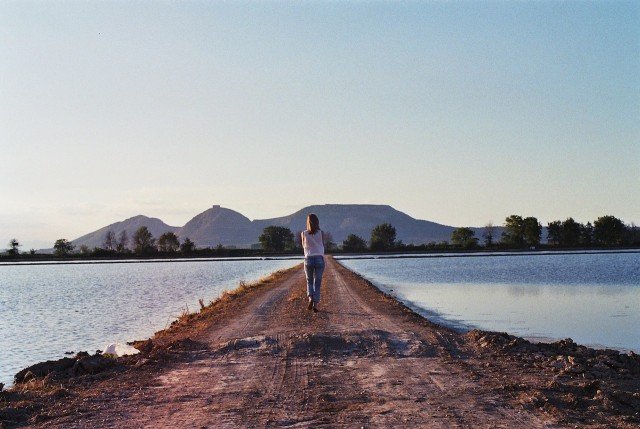 The common explanation of integrity is doing the right thing when no one’s looking, or when your actions match your words. Generally, most people would say that integrity is a good value to strive for, and there’s a notion that you’ll be rewarded in the end because of it. But what if it never comes? Is integrity a pursuit worth embarking on, and is it true integrity if you’re hoping to be rewarded for it?

A Rewards System that Never Works

Some people believe in karma, that the universe is somehow a conscious agent that keeps a tally of rights and wrongs and will eventually reward or punish for certain actions. This is essentially the atheistic version of most religions, where a personable deity or deities also keeps a record of rights and wrongs and deals with people accordingly. My purpose is not to argue religion, but point out our implied belief systems.

So if you have a version of integrity where you do something right when no one’s looking, then the unspoken belief is that someone or something actually is looking and you’ll be rewarded for it. Another version is more socially tangible – people see your honesty, trust you more, and reward you with recognition, responsibility, or authority.

In either case, you are being rewarded by someone or something for your moral actions. But we know, though sometimes try to ignore, that this system rarely plays out accurately in life. Good people have horrible things happen to them. Bad people have wonderful things happen to them. This world, whether socially or spiritually, does not operate on a fair system of reward and punishment for moral actions.

The deeper question this leads to is whether or not actions traded for rewards is actually reflective of true character. And if there is no reward, is moral or noble character even something valuable to pursue?

Deciding Who You Want to Become

This question developed during a small group meeting at my church as we were reading through a book called Uprising by Erwin McManus. It’s all about pursuing a set of noble values that develop stronger character. In the chapter on integrity, there’s an interesting section on the relationship between integrity, power, and corruption:

I’ve generally always had good values and wanted to do good things. Like many, I’ve also wanted things for myself as well. We tend to live in an “if and then” world. If this happens, then I’ll do this. If I get this, then I’ll be this. So many aspects of our intended good deeds, character, or any other moral pursuit is dependent upon the right conditions, which may never happen.

Take for example satisfaction or contentment. If I make hit a certain income level, own a certain car, have the desired family – then I’ll be happy. Or relationships with others. If I receive a promotion, make the team, become the boss – then I’ll treat others fairly.


Yet the reality is that very rarely do people carry through on there intentions when the conditions fulfilled. As described in the section from the book, receiving power or resources or opportunities does not make us better or worse people. It amplifies who we already are. If goodness or morality were never a part of our character, but rather actions traded for the promise of reward, then obtaining that reward doesn’t really make us into better people or vindicate our moral pursuit. It just reinforces the hidden belief that we need to do whatever it takes to get what we want. If it’s good actions, then great. If not, then we’ll figure out something else to do.

That’s what I came to realize. A lot of what I do, that I claim are good actions or of noble value, are in fact mere objects of trade. I’m expecting some kind of recognition, reward, opportunity, or resources as a result. Things that I say I’ll do when I get more, such as giving more generously when I have more money, I’ll actually never do because I’m not doing it now.

True integrity and character must be developed as an end in and of themselves, not as a means to an end, otherwise they become tools that are easily discarded and replaced for the ultimates desires we seek.

What is Your Motivation for Integrity?

So without the promise of a reward, is integrity still worth pursuing? Is it reasonable to strive for noble values and perform good actions even if there is nothing to gain from it? Certainly, because many people do that. It just depends on what your driving force is. It may be strong family values that were ingrained in you. For some, it could be the tenets of their religious faith. For others, it could be for the hope of a better society and humanity. Or it could simply be a strong internal moral compass.

For me, it’s a result of my faith – I long to follow and become more like Jesus, knowing there’s been no promise of power, resources or opportunity. Doing right things, when there’s no one looking and no rewards, is just the right thing to do, and it’s the person I want to become.

2 thoughts on “Developing Integrity, Even If There Are No Rewards”