The United Kingdom voted to leave the European Union and turned the world upside down. Some praise it as a courageous move where the UK chose to take back their sovereignty. Most see it as a disastrous move that will weaken the EU, but hurt the UK much more (as it already has).

Here’s my take on it: Brexit is plain fear and racism masking itself as sovereignty and independence.

[bctt tweet=”#Brexit is plain fear and racism masking itself as sovereignty and independence.” username=”stevenlma”]

If you don’t know about Brexit, you can catch up here > The UK’s EU referendum: All you need to know

Let me be clear about this: there are valid reasons for the UK to leave the EU. But this election had very little to do with those reasons.

Here’s a pretty comprehensive pros and cons list > UK and the EU: Better off out or in?

But the conversation in the UK didn’t revolve much around this. It revolved around 2 primary issues: economics and immigration.

It’s Not About Economics

There were some economic benefits of Brexit, but those benefits have been blown out of proportion and the massive cost was downplayed.

The fees of being in the EU were largely exaggerated, and paying fees is just part of being in an international organization. The UK also pays fees to be part of the UN, NATO, and other groups. Whatever money the UK saves would now have to be spent on new trade agreements with the EU.

But I’m not here to talk economics. World leaders, international organizations, and scholars have already spoken on the negative economic impact for the UK, both short-term and long-term.

The point is that economics, for the most part, was a side argument.

It’s Not About Freedom, Sovereignty or Independence

The main focus was sovereignty.

And when I say sovereignty, I mean border control.

And when I say border control, I mean immigration.

And when I say immigration… let’s just cut to point – people don’t want Muslims or Arabs in the UK because they think everyone’s a terrorist.

Now that we got that out of the way, let’s backtrack.

The UK was part of the European Union. As noted earlier, it’s an international organization. It’s an association where you pay fees, follow the agreed upon rules, and get benefits. No one forced the UK to do anything.

It’s less like independence and more like quitting the gym. You don’t like paying a membership, you think the equipment is just holding you back, and you don’t like their rules about not peeing in the pool, so you quit. 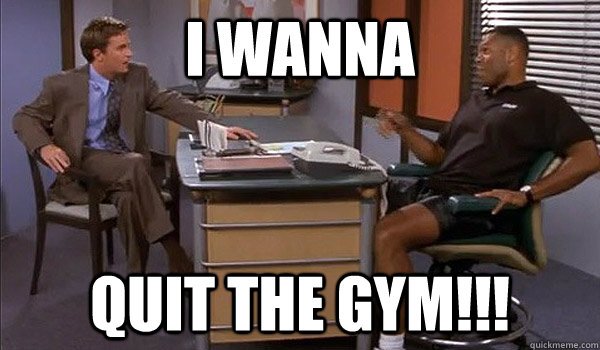 Which is what the UK did, and that’s fine. But the reason they quit isn’t.

It’s About Fear and Racism

Border control was one of the main reasons the UK voted to leave. Being part of the EU means open borders – EU citizens are free to move, work and live in any country. This is a big plus for international business.

Those who voted to leave want the UK to have stricter borders. But if the UK wants to continue to do business with the EU, they’re going to end up creating a border policy that’s going to look very similar to what it is now.

There’s a lot of debate around this, but only one really matters.

Take a look at the flyer that the Leave campaign distributed. 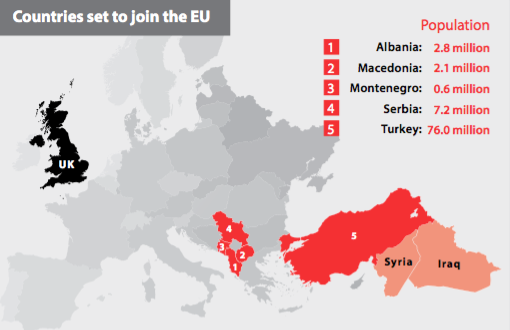 It points out the countries that are not part of the EU, but will be joining. Then it only shows 2 other countries – Syria and Iraq.

Here’s a poster from the campaign:

If you can’t connect the dots – the campaign played into people’s fears. Syria and Iraq have Muslim terrorists who will now border the EU, and once they’re in, will make their way across Europe and go straight for the UK.

There’s obvious legitimate concerns about border control, immigration policy and terrorism. But the campaign and its supporters don’t talk about it all. It’s a simple fear-driven message that boils down to the raw emotion of us versus them.

And as it’s brilliantly put in Zootopia, “fear always works.”

How is Racism Still a Thing?

Racial tension has been on the rise in the UK in the past few years as more migrants have moved into the EU. As a result they become scapegoats for lack of jobs and lower wages. And the UK Independence Party has made race and fear primary to their campaign.

The Brexit vote confirmed a lot of this when the UK saw a 57% spike in hate crimes the week after the vote. People born and raised in the UK are being insulted publicly and told to go home because they have African, Middle Eastern, and Eastern European roots. In a way, the vote brought legitimacy to all the racial fears that had been boiling up and is now set off in public acts of racism.

Here’s the thing – I’m not going to make an argument about racism.

If you’re racist, I can’t convince you otherwise. If you’re not, I’m preaching to the choir.

But I’ll just say this – be careful.

When income and jobs are on the line, it’s easy to need an explanation.

And when the explanation is too complex and involves a lot of economic factors, it’s easy to personify that into a group of people – a scapegoat, an enemy.

And when you need an enemy to blame for your problems, it’s easy to pick those you least understand and are most unlike you.

I won’t dive into the numerous studies that show how migration and diversity strengthen economies, you can do that on your own.

Related Read: I’m a Refugee. And I’m an American

Conversations about border control, job availability, migration policy, and national security are all important and need to be had. But they’re also very complex and no one wants to dive into them. So it defaults to race.

And that’s what Brexit was. The Leave campaign needed votes. They didn’t have time to educate people, and people don’t have the patience to listen. So they go straight for fear and manufacture an enemy.

It Can Happen Here

Prior to the vote, Brexit was thought of an apocalyptic event that could never happen. Then it did.

The same sentiments of fear and racism are growing in the US during the election.

Trump is an apocalyptic event that most people are nervously saying could never happen.

But as comedian John Oliver brilliantly puts it, “Let Britain tell you, it can happen, and when it does, there are no f***ing do-overs.”