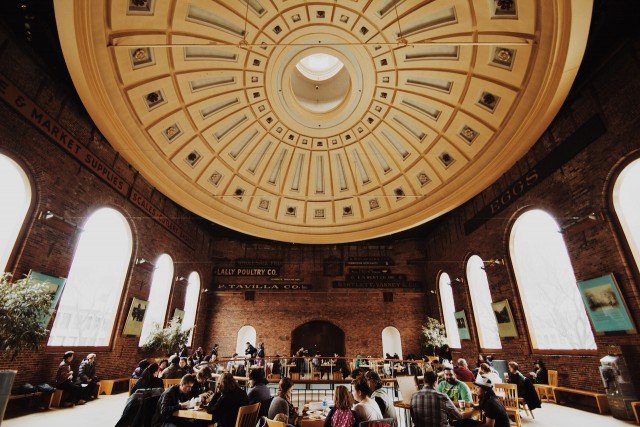 You’re a leader. You may not think you’re one, but you are. We often think of leadership as a position or title. But it’s all about influence. The people that you spend your time with, from friends to family to coworkers – you influence them. Because you influence them, you have the power to shape who they are and what they do. But you have to decide whether you want to passively follow or actively lead.

It’s easier to shed responsibility. When you believe you have little control over who you are, your life circumstance, or the world around you, you’re released from doing anything about it. But the reality is you have far more control than you think. Your world is a result of your actions and the actions of those around you. You can change that, but it starts with you.

I’m going to share with you a few things on how to become a person of influence – someone who is able to lead and create change – without needing a position. I explore this a lot more in a new project that my friends Tim Bartlett, Cory Damon, and myself have started called The Change Element.

You Are Who You Hang Out With

You may have heard the phrase, “Show me your friends, and I’ll show you your future.” It’s true. We’re heavily influenced by the people we surround ourselves with. They leave an impression on us.

Have you ever noticed that you act differently around different groups of people? It may not be drastic, but it’s there. The subtle shifts in personality are a result of your community shaping you – you change ever so slightly to look more like them.

So ask yourself – are these people the type of people you want to become? As you grow, will they grow with you, or will they pull you back? One of the most significant aspects of becoming a leader is surrounding yourself with people who can help mold you into one.

Your Community Is Also the Result of You

Just as your community influences you, you influence them. Many times, we act as thermometers in our sphere of influence. We selectively choose our values, interests, and personalities depending on the dynamic of the group. Yet as long as you’re in the group, you leave your mark as well.

Be a thermostat. Set the tone for those you influence. Everything you say and do leaves a mark. Build people up. Challenge them to be better versions of themselves. Impress on them things that are most important to you.

When you set the direction and pace of a community, even if in the background, you’re a leader.

Lead Through Influence, Not Authority

You may be in an official position of leadership. Perhaps your a boss, manager, coach, or other team leader. People follow you out of obligation, but hopefully also out of respect. But even if you don’t have that official title, you can still lead.

You don’t need a title to influence people. When you’re the type of person that people naturally respect and follow, you can influence their actions – even if it’s people above you. But it starts with you. You have to become a person that respects others, encourages others, and invests in others.

Not sure how to start? That’s the reason my friends and I launched The Change Element. We’ve written up a bunch of in-depth and practical guides on personal development and leadership. We’ll also be releasing video training courses and resources to help you become a better influencer and leader.

Get Started at The Change Element