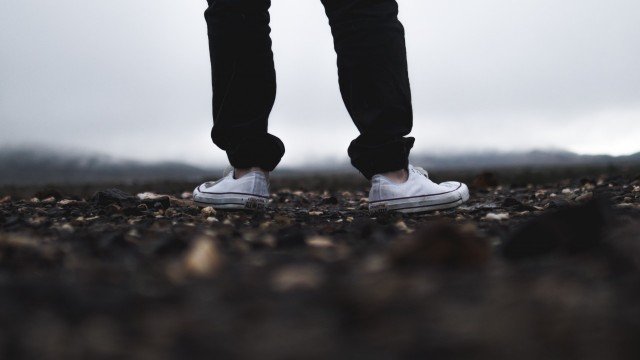 Telling someone to “stay the same” is the worst advice ever. We should always be changing… growing… improving. Yet change can be overwhelming. Whether it’s in your personal life or in your organization, the thought of change is such a monumental task that we never start. And if we do, we don’t finish, or we abandon too early. The most significant change doesn’t necessarily come from a massive overhaul, but often small tweaks.

How a 5-Second Change Made Mac & Cheese Gourmet

For years I’ve eaten mac & cheese, the microwave wave kind with the powder cheese packets. I’m sure you’ve had your share of them too. I’ve always found them… tolerable. It wasn’t great. But it was quick and easy. But then I started making small little changes.

I sprinkled dried seasonings – basil, thyme, and oregano. I didn’t know what they did, I was just experimenting. It took 5 extra seconds, but tasted 5 times better! It just became part of my routine whenever making mac & cheese.

The experiments continued. I added chopped cilantro. Then cut up little bits of sliced ham. Threw in some chili flakes. It quickly became gourmet mac & cheese (and was actually the first meal I made to impress this girl, who is now my wife). I recently started adding lemon pepper into it.

I could’ve continued doing regular mac & cheese and had it ready in 3 minutes for the rest of my life. Taking an extra minute to add extra seasoning and toppings exponentially improved the meal, and I look forward to eating it every time.

Why You Really Need to Change

You can always improve. Maybe you’re a complete mess and know it. Maybe you’re doing amazing in life. But you’re not perfect. In your personal life and in your organization, there’s always something that can be better. Make it better. That’s what growing is.

So many people blame everything else around them for challenges they encounter. To an extent, there are things out of your control. But there’s a lot more within your control than you think. If something’s not right or not great in your life or business, stop looking around. Look at yourself. Your actions are most likely producing those results, so change your actions.

But it’s not just about you. Who you are and what you do affects everyone around you. For society’s sake, become a better person. Run a better company. Because a better society is ultimately a better world for you to live in.

But don’t think about large changes like getting into shape or being a more giving person or increasing company morale. Sure, those are end goals, but they’re really big things that can overwhelm you. Start small.

Change one thing about your morning routine. Do one thing differently at your work. Change one interaction with a friend, family member, or neighbor. Then do it again, then again, until it’s just a normal part of what you do. Then try something else new.

Don’t go for the gourmet mac & cheese right away. Just sprinkle in some seasoning and keep making it better.